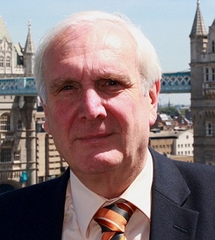 Sir Edward Lister was appointed Chief of Staff and Deputy Mayor for Policy and Planning by the Mayor of London in May 2011. In this role he co-ordinates implementation of the Mayor’s priorities, strategy and policy work, and activities by the Mayoral Team. As the Mayor’s Chief of Staff he leads on GLA budgets and administration. In conjunction with the Head of Paid Service, he has direct responsibility for leading and overseeing operations in City Hall.

Sir Edward advises the Mayor on strategic planning applications and has oversight of the London Plan and Community Infrastructure Levy. He delivers the Mayor’s jobs and growth agenda in this area.

Prior to coming to City Hall, Sir Edward served as leader of Wandsworth Council from 1992 to 2011. As the longest serving council leader in the country, he made Wandsworth the most successful value for money local authority in the country with the country’s lowest council tax charge and top satisfaction ratings from its residents (Place Survey 2009).

Sir Edward is a Director and Chairman of London & Partners the London inward investment and trade agency. He is also Deputy Chairman of the Old Oak and Park Royal Mayoral Development Corporation.

He was honoured with a Knight’s Bachelor in the Queen’s 2011 Birthday honours list.