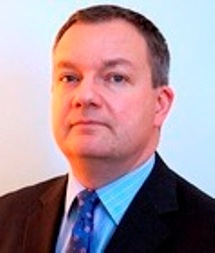 Matthew James Lodge is Her Majesty’s ambassador to the State of Kuwait, a role he has served since August 2014. Previously, he was the British ambassador to Finland (2010–2013). From 2008 through 2010, Lodge was head of the Foreign and Commonwealth Office (FCO), Afghanistan Group, for the South Asia Afghanistan Directorate (SAAD). Lodge has occupied several additional roles at the FCO: private secretary in the Permanent Undersecretary’s Office (2004–2007), head of the Cyprus and Greece section in the Europe Directorate (2003–2004), desk officer for the Czech Republic and Slovakia, CNWED (November 2000–December 2000), and desk officer for the Bosnia section in the Eastern Adriatic Department. His former positions include: deputy head of mission, Baghdad (2007); second secretary for political and military affairs for the United Kingdom Permanent Representation to the European Union (UKREP) from 2001 to 2003; second secretary for press and public affairs, Paris (January 2001 to August 2001); and second secretary for political, EU, and press and public affairs, Athens (1998–2000). Lodge is married to Alexia Lodge and has two children: James Pericles Lodge and Alexandros David Lodge.