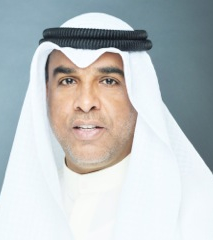 Counsellor Abdulrahman Al-Nemash began his career as a public prosecutor during the period from 1982 until 1986. He escalated in that career path beginning as a judge in the Court of First Instance and a legal consultant in the Minister of Justice’s Office during the period from 1986 to 1988. In addition, he served in several leading positions.He worked as the Assistant Undersecretary in the Public Authority for Minor Affairs. He was later assignedas a counsellor in the Court of Appeal, and a head of department in the Court of Appeal and the Court of Cassation. In June 2013, Al-Nemash became the President of Kuwait Anti-Corruption of Authority.

The Kuwait Anti-Corruption Authority is a neutral, independent authority created following the enactment of Law No. 24 of the year 2012, promulgated on 19 November 2012. This Authority was set up in response to the requirements of the United Nations Convention against Corruption, which, in its sixth article, stipulates that “each State Party shall, in accordance with the fundamental principles of its legal system, ensure the existence of a body or bodies, as appropriate, that prevent corruption.” Also, one of the main motives for creating this Authority is the crises the country has experienced resulting in failures that tarnished the work of various state bodies that were to blame for many of the manifestations of corruption.

The Authority aims to:

1) Establish the principle of transparency and integrity in the economic and administrative transactions to ensure the realization of good governance of funds, resources, and state property, as well as their optimal use;

2) Implement the United Nations Convention against Corruption approved by Law No. 47 of 2006;

3) Work on the fight against corruption, prevent its risks and effects, prosecute its perpetrators, and seize and recover funds and proceeds resulted from the practice thereof in accordance with the law;

4) Protect the state bodies from bribery, trading in influence and abuse of power for personal benefits, and prevent mediation and nepotism;

5) Protect the whistleblowers of corruption;

6) Promote the principle of cooperation and partnership with states and regional and international organizations in the fields of anti-corruption;

7) Encourage and activate the role of institutions and organizations of the civil society in the fight against corruption, educate members of the society of its risks, and expand the awareness of means and methods of prevention.