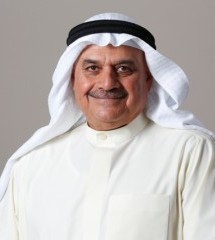 Mr. Faisal Ali AlMutawa, was born in Kuwait in 1945, and comes from an old established and influential Kuwaiti family who has been in business since trading first started in Kuwait. Mr. AlMutawa’s father was known to be one of the well-established merchants of those days.

Mr. AlMutawa studied up to high school level in Kuwait and then joined the American University of Beirut (AUB) from where he graduated in 1969, with business and political science as major subjects. After graduation, he joined his family business, which operates under the tittle of “Ali AbdulWahab, Sons & Co.“

Mr. AlMutawa is a prominent businessman with excellent reputation at home and abroad. He also enjoys very close contacts with both business and political circles of Kuwait. During the Iraqi invasion of Kuwait, he played a very active role in the National Politics by pleading Kuwait’s just cause of being a victim of a brutal Iraqi aggression, at various International Forums as well as with various World Leaders and Dignitaries.

He was also a member of the Committee that prepared for the People’s Conference that was held in Jeddah during the Iraqi invasion and occupation of Kuwait, as well as being the President of the Information Committee during the assembly of the conference, and a member of the delegation that represented the Public Conference in West Europe.

Ali Abdulwahab, Sons & Co. now ranks among the top trading companies in Kuwait dealing with a diversified range of products having agency representation from some of the World’s foremost manufacturers of Consumer Goods like PROCTER & GAMBLE and KELVINATOR of USA, and Electrical Appliances like BOSCH of Germany, and pharmaceuticals companies like HOFFMANN- LA ROCHE LTD. of Switzerland.