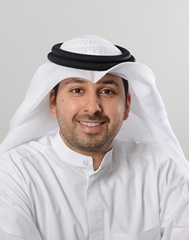 Mohammed Jaffar was formerly CEO of Talabat.com, an e-commerce business he acquired in 2010. Under his leadership, the firm moved from a Kuwaiti domestic business to a Gulf Cooperation Council (GCC) player in 2012. In the span of two years, Talabat took the mantle as the market leader in its space and region. Shortly after, in February 2015, Rocket Internet acquired Talabat. Rocket Internet is a German-based e-commerce giant and widely viewed as the largest Internet platform outside of the United States and China. Talabat was purchased for US170 million representing the largest Internet technology transaction to the date in the Arab world. Today, Talabat and Mohammed Jaffar are recognized as pioneers and key innovators of the e-commerce space in the GCC.

Since 2004, we have been committed to providing an easy, fast way to connect customers with their favorite restaurants. It takes just few clicks from your computer to place an order through Talabat.com from your preferred restaurants.

Currently, we are operational in State of Kuwait, Kingdom of Saudi Arabia, Kingdom of Bahrain, United Arab Emirates, Sultanate of Oman and State of Qatar. We are the pioneers in the field and needless to say, one of Middle East’s first service providers in this space.

To put it in a nutshell, we are a one-stop online shopping mall for restaurants as well as online shoppers.