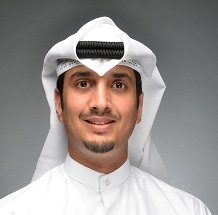 Mr. Al- Salem holds a BS degree in finance from Daniels College of Business, at the University of Denver, and an Executive Education Certificate from the John. F. Kennedy School of Government, at Harvard University.

In addition, he has furthered his knowledge by completing the KIA Investment Training Program in 2001, the Thukhur Entrepreneurship Program from Cornell University’s ILR School in 2013, and the Strategies for Effective Negotiation, Persuasion and Decision Making program from Harvard University in 2014.

Basil is fluent Arabic and English, and has elementary proficiency in Spanish and French.

Kuwait Food Concepts Co. is a leading restaurant operator inoriginal upscale dining concepts. The company is based in Kuwait with operations currently in Kuwait, KSA, Oman, and UAE, with Qatar and Bahrain on the way. The Company currently as six unique popular dining concepts, created in-house from the ground up with an aim to be the leader of original dining concepts in the Middle East. The company’s brands are Slider Station, B+F Roadside Diner, B+F Open Flame Kitchen, B+F Burger Boutique, Skinny Cloud and Cocoa Room.

Most of Kuwait Food Concept’s restaurants have become prestigious, award winning establishments. B+F Burger Boutique has won awards for the Best Burger, best brand in the Gulf, and best design. B+F Open Flame Kitchen won an award as best new retail concept in the Middle East and Africa, and Slider Station won an award for outstanding interior design in Oman. Mr. Al-Salem takes pride in this, and uses it as a motivation to continue delivering a unique dining experience that is “actually different.”