So CIPA [Cyprus Investment Promotion Agency] is responsible for supporting foreign investors in Cyprus. In what ways are you able to assist them?

In every way they can imagine. We are a 100 percent customer-oriented organization and that is why it [CIPA] was established as a private-entity organization; irrespective of the fact that it belongs to the government and is mostly funded by the government, it is a private entity. All of us who are working for the organization come from the private sector. We are employed under private-sector terms as well, and of our fifteen-member board, thirteen of them come from the private sector. They are all top-level executives in their own right. And we have two board members who represent the Ministry of Finance and the Ministry of Commerce, Industry and Tourism. I come from a tourism background. The companies from which the executives on the board come include KPMG, Deloitte, Baker-Tilly, and IBM. Of course, all are in their private capacity, not their public capacity; that has to be noted. It’s probably the most high-level or elite board of directors of any organization in Cyprus. The fact that we are a very small organization, it also helps that we have these types of people on the board because they often use the resources of their organizations to help, especially when it comes to coming up with suggestions to improve the environment. When it comes to customer service and facilitation, we do that in-house, mostly.

What are the advantages of Cyprus as an investment destination in this climate?

We’ll send you the latest survey. If I sit here telling you what our advantages are, it’s a big bias. I can outline what’s in that survey, and that’s the best way to present it. I always say to people, let the client speak for the product. And what the clients are saying is that Cyprus has an extremely good tax and legal system altogether; at the same time, it has excellent qualified people in all sectors, including professional services. The third thing is the overall quality of life that Cyprus has to offer, including clean air, and the cleanest water in Europe according to Eurostat. The most blue flags per kilometer. Lowest crime rate in Europe. Education. The international aspect of it. The fact that everyone speaks English. Weather, the food…

Don’t you think that when it comes to business you are more like the British than the Greeks? Because from my experience, you are acting fast, with no structure.

I think that businesspeople are like that all over the world, even in Greece. You have other problems, other issues, when it comes to government or legislation, regulation.

But in your country, even the government works like the private sector, doesn’t it?

We try to. Mr. Gadrigus will tell you we have a long way to go and he’s absolutely right. Everyone is honest, and the one thing that I think has made Cyprus come out of the crisis, turn things around as quickly as it has, is that we actually recognized our own shortcomings. 95 percent of people said, “It’s our own fault to a vast extent that we broke things as they were.” Now the solution that was given, that’s a different story, but at the end of the day, things are what they are, and we brought this about by not initiating the necessary reforms and even cultural changes, if you like, for a lot of years. We look at this as an opportunity to fix things, rather than an opportunity to blame everybody else for our own shortcomings. And it’s a basic principle that I have lived by that you have to recognize your mistakes and accept them if you want to fix them. Otherwise, it’s impossible to do so, if you want to do things in the proper way. Growth is the result of doing things properly.

What is your main vehicle for attracting investment?

We use any kind of vehicle. We do very little advertising, because we don’t think it’s really the best way to use our budget, which is extremely limited, especially compared to other nations.

You received a top-five ranking from the World Bank?

As far as facilitation, yes. But that doesn’t take a budget. As I said in my introduction, we are a 100 percent customer-oriented organization, and that is shown by that fifth ranking in 2012. What we do to attract investments is to hold a lot of one-on-one meetings, focused events, whereby we present opportunities to potential investors, rather than mass advertising, for which we really just don’t have the budget. We have to do with what’s available, especially these days. Just to give you an indication, the budget of the respective Maltese organization is composed of sixty people. After the events of March 2013, but strictly speaking we should be saying of the previous years leading up to it, that was just the outcome of actions taken before. Then again, in this respect it’s better to have problems when you have low oil prices than have oil at $140 a barrel like it was in 2010, which killed off all growth. We are not at all involved in the gas fields—that’s the Ministry of Energy. There are two companies set up to deal with natural gas.

What are your pet projects?

All private projects. Different conferences and different geographies have different focuses. If you look at foreign investment into Cyprus over the past few years, you will see that for example the Americans are very active in energy and now recently in leisure, and an American company has announced a large wellness-medical-sports tourism industry. Education is mostly British, shipping is very much German oriented, real estate is to some extent Chinese and to some extent these days Russian driven, so you will find, although it’s not 100 percent applicable, that most sectors have some sort of geographical diversity and focus. You will also see that medical tourism has a lot of interest from Israel.

It’s also proximity. Also in the Ministry of Foreign Affairs, relationships are starting to grow again. This is very good for you; huge investments are coming from there.

It looks like energy in the Middle East area has started to build bridges.

And in terms of how this organization is run, you mentioned that this is a private organization. Bureaucracy needs to disappear from the scenario. What would be your message?

It has to disappear, of course. Having said that, every coin has two sides. I think that a lot is being done in this respect. A lot is under review. At the same time, as I said earlier, a lot of things need to change and be updated. We still have legislations that are outdated, so these need to be updated. The processes and principles upon which the public sector makes decisions and operates also need to be updated in a lot of sectors, and it’s very clear that we need to reengineer the public sector in a lot of places. At the same time, the private sector also needs to focus and get its act together, because there are weaknesses in those areas as well. Not everything is the public sector’s fault; we have to be realistic. On the other hand, the overall environment is not as bad as developers or others may sometimes make it out to be. It works quite well, actually, in a lot of cases. I am quite sure that no significant investment was ever lost because of bureaucracy. I don’t know any country where the public sector moves extremely smoothly, or where the private sector is 100 percent happy with the public sector. Sometimes your requests need to be within some framework, so the public sector can’t delay that. If I come up with extravagant demands, then the answer will be, “I cannot do this.” So you know, you need to balance things. It’s a fine balancing act that I think we perform very well.

What is the commercial message that you would like to send to potential investors in Cyprus?

I think the facts speak for themselves. The near- to long-term prospects of the country are very clear; that is, the potential—and potential is what investors look for, among other things—is certainly there, and stability is back. If you have stability and potential, and if you have good opportunities, then the investors are bound to continue coming. I should say that last year we probably had more foreign direct investment into Cyprus than ever before. The official number is difficult to tell you, because don’t forget the number is registered by the Central Bank. The Central Bank of Cyprus, according to the definition of what is considered FDI [foreign direct investment], will tell you that so I can register it; the investment has to be worth more than 10 percent of the organization. So the Bank of Cyprus raised over one billion Euros as an organization, but none of these has acquired more than 10 percent, so this amount will not show in statistics. Numbers don’t always offer the full picture. However, there has been investment. A significant number of hotels have changed hands, and a lot of money is going into renovations and upgrades. We see investments in the defense industry; we have seen that professional services have managed certainly to maintain business; shipping is doing extremely well. Probably ship owners all over the world should be considering the qualities and managed-tax system that was approved by the EU in 2010 and the Cyprus Shipping: it’s no surprise with all the advantages that Cyprus has that we’re the second-largest shipping management center in the world. Over 20 percent of the world’s fleet is being managed by Cypriot companies. Kazakos is also a member of the board of this organization. It’s a huge sector, and going back to investments, we have seen a number of investments in our sector. Medical tourism is picking up slowly, and a start-up community with some projects that are seeing some results. In terms of renewable energy, there are two very big projects in the pipeline. U.S. IT companies and others are based in Cyprus, so this knowledge-based economy will grow more and more. It’s the direction the country should move toward.

And have your previous experiences been helpful in this organization?

I am not sure of my past being an example. Certainly, working in an international environment, and the fact that I spent most of the last five years of my previous career abroad, certainly helps a lot. At the end, I was directing cruises in Greece, but we also had offices in the States, Paris, and Genoa; we had operations out of Genoa, started an operation in India, initiated an operation in Cuba, and did a lot of other things. I was all over the place.

Not as much as I used to. Well, I used to travel every week. I spent two hundred days abroad last year. I never counted how many flights I took.

Mr. Papacharalambous, thank you for meeting with us. 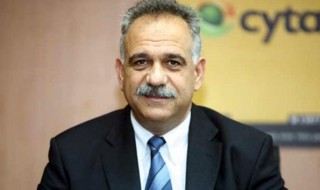 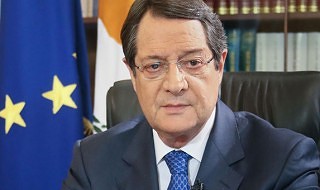 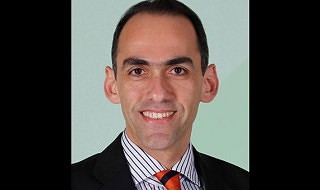 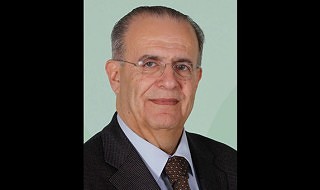 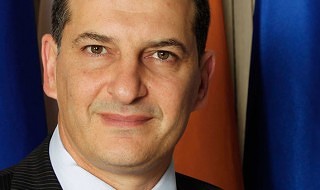 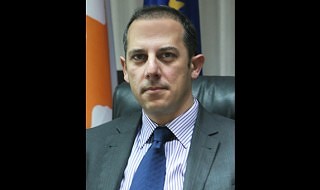 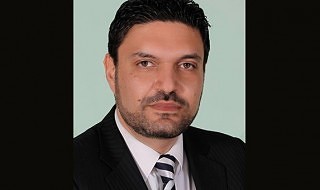 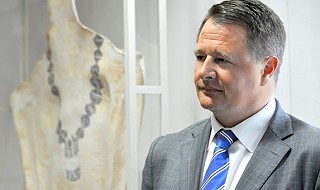 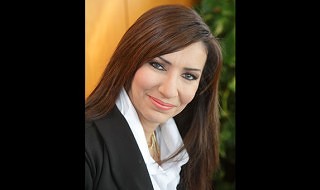 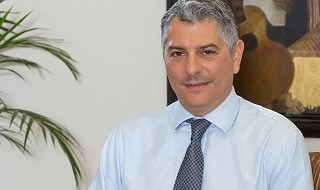 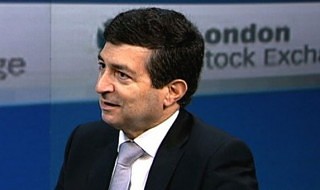