Thank you for taking the time to conduct the interview with us today. I would like to start by talking about Kuwait. With falling oil prices, what needs to be done to boost the Kuwaiti economy?

Economic freedom. Throughout history and through experience with other countries, economic freedom has always created wealth. The problem that we are facing in Kuwait is that we have a very large public sector that is very expensive and very inefficient. There is also very little productivity. It is the most expensive country per capita in the world, the largest, and the least productive. Kuwait needs to liberalize its economy and open up. It needs to change some of the laws that are unfriendly, help the private sector become part of the Gulf economy, help entrepreneurship to grow, and reduce government controls and government bureaucracy. That is why we have stagnation. The private sector has been declining in size and capability because of anti–private sector attitudes from the bureaucracy. When you have much bureaucracy, you get corruption. The only way to reduce the bureaucracy and government controls is to establish private sector–friendly laws so that it can employ more Kuwaiti workers. What we need is a change of the culture in the country. Look at countries that have grown and become very wealthy without natural resources, like Japan, Hong Kong, Singapore, and Dubai, which is the most prosperous. It is all because of economic freedom. Economic freedom means laissez-faire, which facilitates and creates a friendly environment for people to work without too many restrictions, too much bureaucracy, too many laws, and too many regulations. That does not mean that there is chaos. It does not mean that there need to be no laws or regulations, but the regulations need to be limited to the protection of society against malpractices. As long as the people are working within the rules and ethics and laws, then we should help them. What Kuwait requires is less government and more private sector.

The founder of the company, Mr. Al-Mutawa, was an entrepreneur trading with regional counterparts. In a recent interview, the minister of finance stated, “Kuwaitis need to go back to their roots and utilize their recognized talent as merchants.” In that regard, how important is the private sector? What role has Al-Mutawa had in the private sector?

Kuwait was built on the private sector. Its roots come from being a natural port. It used to serve not only the Kuwaiti people, which is a small population with limited resources apart from oil, but also, because of its natural geographic position, it served the northeastern part of Saudi Arabia, the southern part of Iraq, and the midwestern part of Iran. All of these communities used to use Kuwaiti ports as their source of imports. That is how the Kuwaiti merchant families have grown. They brought foodstuffs and clothes from India and the Eastern Mediterranean in order to provide not only for the inhabitants of Kuwait but also for the communities around Kuwait that do not have natural ports. That is how Kuwaiti entrepreneurs and merchant families grew up. That is how Kuwait started. With the discovery of oil, Kuwait has moved toward government more and more because the government has grown richer and more powerful and has started to employ more people. Until now, it had been increasingly employing people until almost 93 percent of the Kuwaiti labor force was in the government. That is unprecedented in any other country. That is why we in the private sector became very small and is why our parliament is a labor syndicate—because they represent the labor force of the government. We have to change the culture. The people that are in government are not very productive. They do not know how to work on their own. If the price of oil continues to go down, the government will not be able to continue to pay their salaries. These people have nothing else to do. What will they do? Either you have to have inflation because the government will reduce the currency rate to pay for these salaries or you will have social problems when you cannot continue to employ the labor force. The only solution is to expand the private sector so that it can absorb this new labor force and reduce government costs and the budget. That is what the government is missing. It is not really looking ahead at what could happen. Because of the excessive wealth created by oil, the government has become blind to what could happen in the future. We are seeing it now. The price of oil dropped 50 percent in two to three months and it could drop further. Then, we will have problems. Maybe we can sustain it for one, two, or three years, but then what will happen? We say to our children and grandchildren that we were wealthy but spent it all. We have nothing left, so we go back to previous ages.

A diversified and sustainable economy will be achieved if the government is made more accountable and the private sector is increasingly enabled to carry out its projects. Kuwait’s administration has recognized the problem and it is starting to look into ways to remedy it. The new Commercial Companies Law passed in 2012 expanded the types of companies that could be incorporated in Kuwait and will help investment flow in. In your opinion, how important is foreign investment for Kuwait and what types of partnerships should the country form in order to diversify the economy?

Among other things, the most important is education. You see that the level of education in the government schools, according to the UN, is at the bottom of world standards. We might be around the hundredth position. If you do not educate the people and cannot create people who are well-educated and enlightened, you cannot give them the tools to be proper entrepreneurs. You do not give them the right tools to struggle within the competitive environment that the private sector lives in. Most important, they try to liberalize the education system, to liberalize health care, to give the private sector its role. The Kuwaiti government has the highest expenditure per student yet exhibits the least level of productivity in education. It is not a matter of money but of how you do it. If you can just give a Kuwaiti a certificate to help them educate themselves in private schools, you can help the people. The education budget will probably be cut in half, but the productivity of the education sector will increase. The same goes for health care. There are huge hospitals with huge expenses, but the system is not good. People have to go to the private sector. What happens is, if you give everybody an insurance policy and tell them to go wherever they chose, you will reduce the health-care budget and get better care because of the competitive environment. In this way, you will create a much bigger private sector in education and health care and in all sectors of society. You will therefore have opened many more jobs for the Kuwaitis and will have reduced their dependence on government salaries and reduced the budget deficit. It is a chain that you have to start. In the end, it is all about economic freedom. Economic freedom creates wealth.

Could you summarize your vision for Kuwait and its international identity? How would you like the country to be recognized in the future?

I would like to bring Kuwait back as the Pearl of the Gulf, as it used to be in the 1960s when we were the most developed. We are one of the least developed in the second decade of the twenty-first century. I always look at Kuwait Airways as a symbol of what Kuwait is. Kuwait Airways used to be the best airline in the Gulf. Compare it now to Emirates, to Etihad, and to Qatar Airways. I just read an article about the top one hundred airlines in the world. Three of the airlines in the GCC are included and Kuwait is not even in the first hundred. Why? Because Kuwait Airlines is controlled by the government and the others are working on a private-sector basis. I am not saying that they are totally owned by the private sector, but they are at least working on a commercial basis. We must give Kuwait Airways total privatization or the flexibility to work on a commercial basis. You can look at them as a symbol of what has happened in Kuwait. Too many government controls mean many losses and extravagant spending. Kuwait Airlines has the highest number of employees per airplane and they are the most expensive, yet they are the least developed in the GCC. 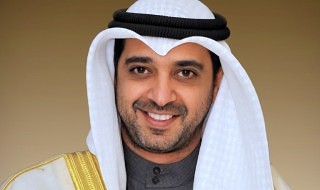 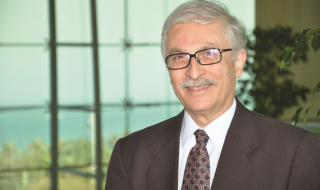 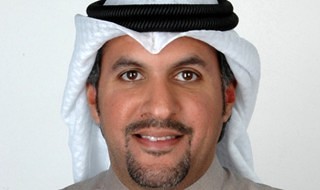 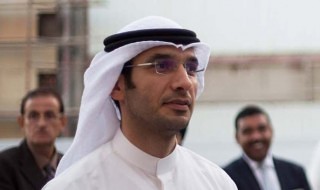 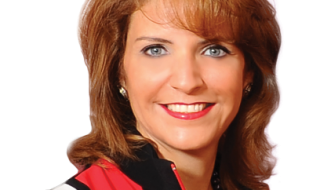 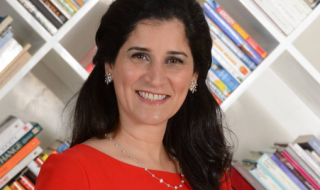 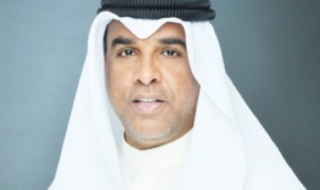 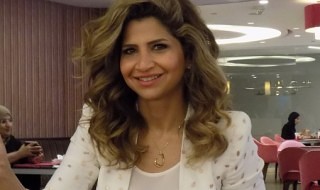 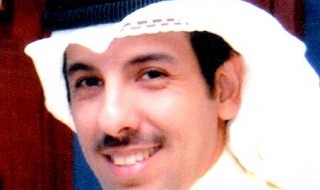 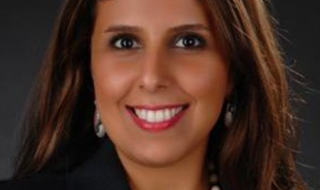 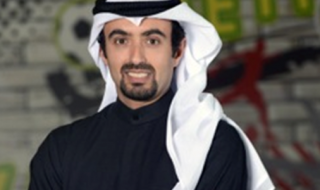 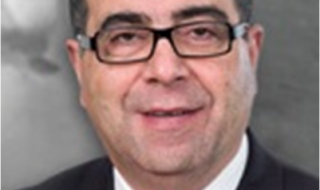 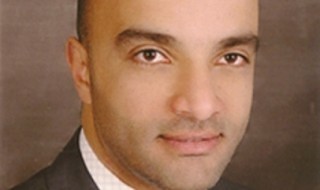 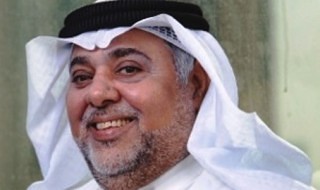 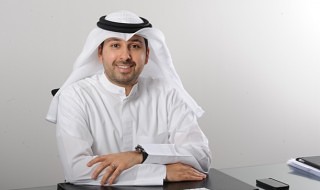 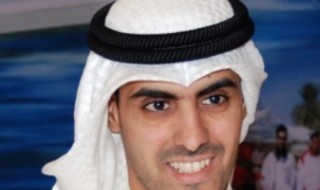 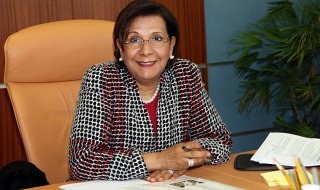 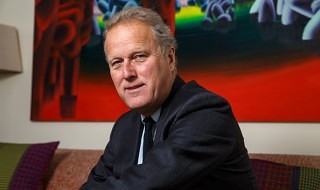 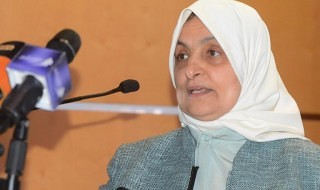 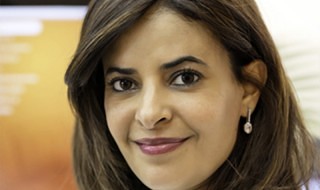 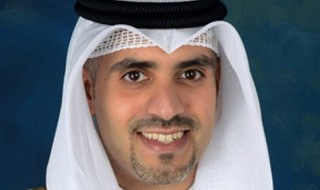