How was your experience  in a period of so much transformation that everyone expected but in which there were so many vested interests for it not to happen?

It is obvious that the reform has gone essentially seamlessly. More people anticipated it would be aborted and that Nigeria would go back to the whole paradigm of the government owning everything, doing everything and achieving very little

In regards to the Power Sector, President Goodluck Ebele Jonathan’s determination made this whole process a huge success. Up to the 1st of November 2013, when we handed the keys to the private sector, many prophets of doom had anticipated that it would not go through, that the country would plunge into darkness.

Both Mr. President and Mr. Vice President (through the Bureau of Public Enterprises) contributed extensively to this cause. We were encouraged by the President’s massive support all through the period of implementation of this privatization agenda. We invited global watchers, development partners, all sorts of organizations, to monitor the process from beginning to end in an effort to increase and assure transparency and best practices.

My job as a foot soldier of Mr. President was to ensure that what was handed over to me was not short of maturity, and that is what has happened.

The President is transforming different sectors of the economy: banking, sovereign funds & transparency, power and infrastructure. The power sector itself lacked leadership over so many years and now change is a reality. Do you see this as a continuation of the President’s Transformation Agenda, and a source of inspiration for other people to show them that change is possible?

Yes, very much so. What Nigeria has done has been regarded as the largest privatization of public utilities in the whole of Africa and many have judged to be the biggest in the world. This is a model for other countries to follow. There was a reason for this. Privatization wasn’t just government handing over the Power Sector. Privatization was the realization that Government alone could not continue to run the power sector as a social welfare issue. Government did not have the funds and it needed to give Nigerians the level and quality of power supply that they are clamoring for.

The transformation of the Telecommunications sector was enormous. Nigeria became connected, and one of the world’s most dynamic markets developed with huge profits for the players. In comparison, the Power sector has even more potential. It is a giant.

Do you think there will be a re-alignment of ministries so that Power and Energy are grouped under one single Ministry? Or will there continue to be a separation between research and application?

We do not have a problem about it. The Energy Commission does Energy in its entire value chain which includes Oil and Gas. It is a research organization that provides data and information to drive proper policies in the energy sector. Being under Science and Technology does not represent a problem for us, many people think it should be under the Ministry of Power. If in the future we see any reason for realignment I believe the Government will be open to that.

As Minister of Power of Nigeria, what does motivate and drive you in this position?

What drives me is that I see power as the key to unlock all the industrial, manufacturing, SME potential in Nigeria. Without power none of this is possible. Some companies have even left Nigeria because of inadequate power supply. Industrialists approached me and told me that in 1996 there were 47 industries at Newi. Today they have only 6, because of one parameter: inadequate power supply.

I see myself in a historic position to help readdress that huge vacuum with regards to power supply. With the President’s help and unyielding support we are achieving that. Hopefully before the end of 2015, power generation will have doubled. We are also investing resources to make sure transmission is strengthened, stabilized and that it becomes more reliable.

The Government is committed to taking electricity to the most distant rural populations in the country, in some cases communities that have never seen power and never even felt it was possible to have electricity. 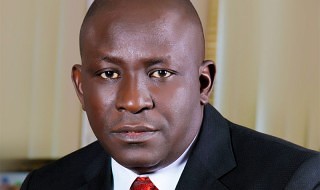 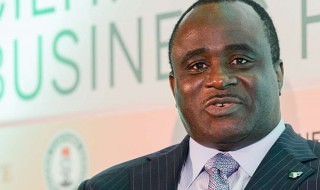 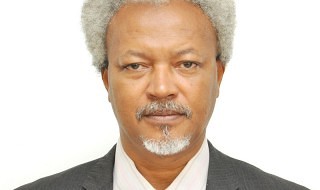