Dr. Al-Zuhair is currently the executive chairman and head of the Kuwait National Fund for Small and Medium Enterprise Development, which was established in accordance with Law 98/2013 as an independent public corporation.

Before assuming this role, he served in various public positions including:

–Member of the Supreme Council for Privatization, chaired by His Highness the Prime Minister;
– Professor of finance and international business at the College of Business Administration (Kuwait University);
– Advisor to the director of the Government Performance Monitoring Agency (Council of Ministers);
– Advisor in the Office of Deputy Prime Minister for Economic Affairs;
– Special advisor to the minister of commerce and industry; and
– Advisor to the state minister for planning and development affairs.

In addition to representing Kuwait University on multiple steering committees and task forces, under the supervision of the Council of Ministers, he also addressed various reform initiatives and development programs.

During his tenure in Washington, DC, Dr. Al-Zuhair worked as a lecturer and research fellow for corporate governance studies at the George Washington University; as vice president for private equity at a DC-based boutique investment firm; and served at the Office of the Executive Director for the Arab Countries at the World Bank. He spent a number of years before that in Europe with a multinational oil company, where he held various positions including manager of strategic pan-European projects; manager of product development; and senior planning and investment officer.

Dr. Al-Zuhair holds a PhD in finance and international business and an MBA in finance and investments from the George Washington University, and a bachelors of science degree in petroleum engineering from Tulsa University (Oklahoma). 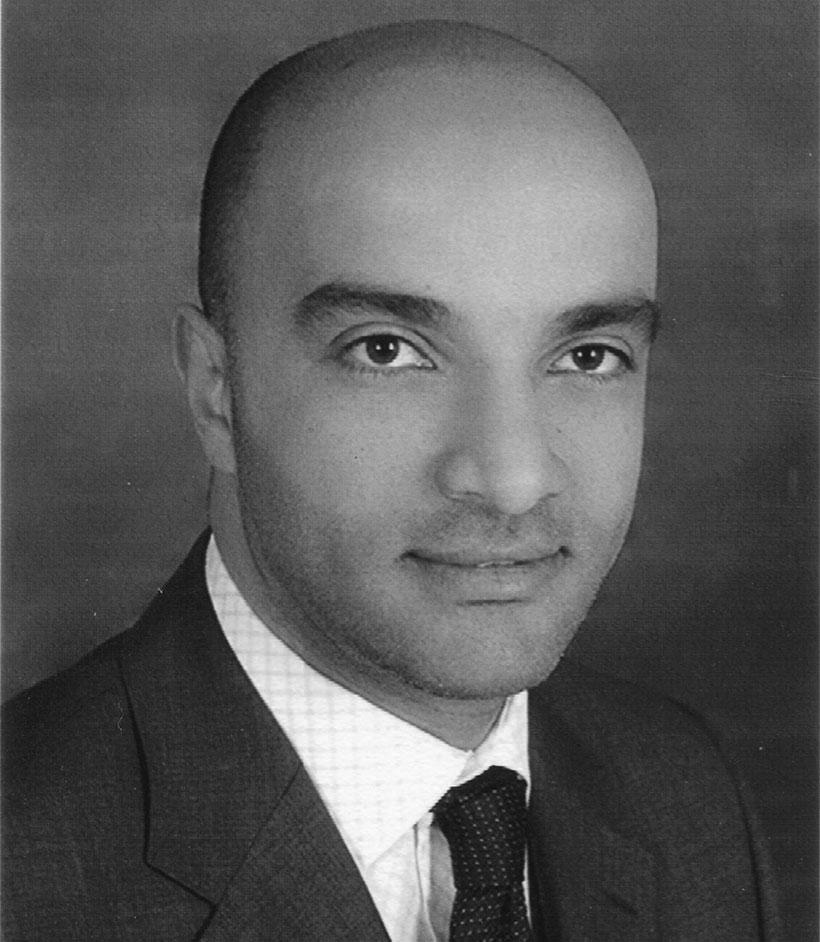 Small and Medium Enterprises in Kuwait

Could you give us with a brief introduction to the Kuwait National Fund for SME Development?

The Kuwait National Fund for SME Development (SME fund) was enacted by law in 2014, but it was not the first time the government tried to support small and medium enterprises. Since 1997 there have been many attempts to support SME in terms of financing, but they were not user friendly. People complained that they did not have the chance to access adequate finance; they were being asked for financial history and collateral and this made things more difficult.

Then came the SME fund. Everything that had to do with SMEs was put under one umbrella, and I was then appointed to lead it.

We are not only a fund, but also the SME agency of the country. The capital allocated is KWD 2 billion, making it the biggest SME fund in the world.

Our main objective is to develop companies, and at the same time, make a profit. We will not be charging the standard interest even though we are taking on the risk of the projects we are financing.

Awareness and education are very important. We are trying to change the culture of how one sees small and medium enterprises and the difference between a small business and a startup.

If we are talking about the sector growing and leading to a shift of the national economy through startups and more entrepreneurship, then we have to focus on the youth, which already is 25 percent of the population, and for that we need to change the culture. Our first years of operations will involve education and incubation.

In the Gulf region, we are not very willing to take risks and the reaction to failure is often hiding it. You don’t even venture out into risky ideas. If we only stick with traditional models of small businesses then there is no real growth and hence no jobs.

We also aim at providing the right incubation to entrepreneurs. Incubators are normally placed in universities, when innovation is booming and students have less of a hassle in other aspects of life. A lot of people talk about SME incubators. In reality, they are just referring to working space, and this is not enough. There needs to be handholding to develop ideas, more mentoring to make this happen.

Locally, we do not have the huge capacity for it, but there are people like Omar Al-Ghanim one can rely on.

Startups first need to prove their idea right, getting into the incubation process and making sure it can be commercialized. Some ideas simply have no market for it. At this stage, most of the cost will be absorbed by the fund, as an investment in people.

During incubation, we aim at individuals meeting each other and putting their complementary skills to use. As a fund, we will be investing in groups rather than individuals. A lot of people think they can do it alone, but soon they realize they can’t because of their limitations in terms of skills.

The other issue we have is that a lot of people worry that if they brainstorm with someone their ideas will be stolen and the other person will become a competitor. That is part of the cultural change we are facing.

One of our objectives from day one is to support companies to become competitive enough to go beyond Kuwait. If we establish a company thinking Kuwait is the only target market then we are going to see limited growth in the horizon. Then it becomes difficult to change the business model and adapt. The Gulf and MENA [Middle East and North Africa] region is key for this.

Being competitive and bringing the right people as partners is a key aspect.

How would you define your collaboration with the private sector?

We will be working with the private sector in a very active way. I have no intention of turning the fund into a thousand-employee institution, which would make it very bureaucratic. We need to help create jobs in the private sector.

What would you say are the key areas and sectors that need more SMEs?

If you go to the Ministry of Commerce and look at all the grants they have issued to businesses you will see that 50 percent of licenses are for SMEs. However, they are not the type of SMEs we are talking about, as they are considered as such only because of their size.

We admit as government that the demographics of Kuwait are not ideal. We have huge numbers of marginal labors that put extra pressure on the infrastructure of the country.

We are looking at creating jobs for Kuwaitis. It could be a business that brings in technology, and if it is labor intensive, then it is important that there are jobs Kuwaitis like doing or are able to. We have to admit this issue, in which citizens of a country don’t do all the jobs.

As a country, one of my mandates is to create a center for information regarding SMEs. This makes ICT [information and communications technology] an obvious choice to develop as a sector. Another one is media and creative design. We have many marketing graduates and architects and we want to tap into their minds. Historically, those people do not go and work for government.

Light manufacturing is also important. While there is no real plan to become an industrial country, light manufacturing can be done locally. Traditionally, SMEs are part of a large value change. We would be focusing on the petrochemical sector. Beyond this, we would be working with the entities we are in contact with in the government to see if there are plans to focus on some areas in particular. This is why I also work with the KDIPA [Kuwait Direct Investment Authority].

In regards to business in Kuwait, there are many large groups. How can SMEs complement them?

There is a perception that merchant families exist but do not allow other businesses to group. This is not 100 percent true. People like Omar Al-Ghanim are very interested in developing SMEs in the country.

Some countries started with conglomerates and these fuelled the formation of SMEs. In other cases, SMEs drive the economy and provide services and products to larger companies. We already have large companies in Kuwait so it is normal to aim at developing smaller ones.

What would you say is the most important thing to learn from other countries’ experiences?

Dealing with SMEs is always a challenge. Managing a small business is often harder than managing a larger one. There is no one model that can be applied in Kuwait but we are at the same time traveling to see different models and to adapt them to our reality.

Within the Gulf we have unique challenges. In other jurisdictions, most of the workers are locals; here that is not the case. This is why we try to avoid some sectors.

We face the challenge of making it interesting for people to get into the startup space, willing to take risks and do something good. If it’s not about bringing food to the table, how do you make it attractive? In Kuwait, owning a business is about lifestyle. For some people it is additional income, but for others it is just lifestyle. We are trying to approach it from this perspective and then move on to show success stories so more can be convinced.

The key is to convince the youth, to catch them early enough and prompt a positive change.