Dr. Al-Sabah worked for the Council of Ministers in various capacities until 2008, when he was named chief of the Kuwait Foreign Investment Bureau (KFIB), a division within the Ministry of Commerce and Industry that preceded KDIPA.

In addition to leading KFIB and then KDIPA, Dr. Al-Sabah serves as deputy chairman of the National Offset Company. He was a member of the board of directors of the Central Bank of Kuwait in 2012–2013 and chaired an inter-ministry steering group for tackling insolvency and the creditor/debtor regime. He currently chairs the newly formulated Permanent Committee on Streamlining the Business Environment in Kuwait.

Dr. Al-Sabah holds a doctorate degree in human resources and marketing management from the University of Portsmouth (UK), focusing on resource cost reduction through innovation in Kuwait. Earlier, he received an MBA from Netherlands’ Maastricht School of Management (Kuwait campus), and a BA in political sciences and public administration from Kuwait University. 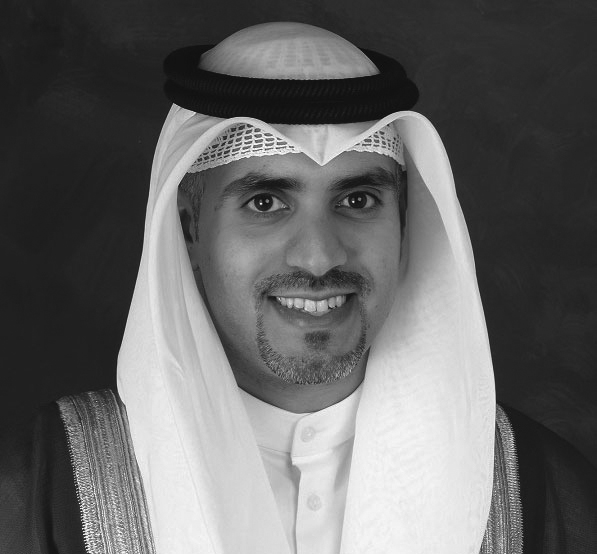 Kuwait as a business destination

Kuwait’s overall GDP will decrease by 0.6 percent in 2014 due to a projected fall in oil production, before rising by 3.1 percent in 2015, according to forecasts by the National Bank of Kuwait. In your opinion, what needs to be done to boost the Kuwaiti economy?

The overall macroeconomic outlook for Kuwait is expected to remain strong. Kuwait has always enjoyed a strong macroeconomic performance. It has been rated third out of 148 countries that are included in the Global Competitiveness Index 2013–2014 in its macroeconomic environment.

The passage of several new or amended economic laws, as well as several others awaiting to be passed, has contributed to a progressive and more favorable legal environment in Kuwait. Among those are the new commercial companies Law Nº 97/2013, the National Fund for Supporting SMEs Law Nº 98/2013, the new commercial permit’s Law Nº 111/2013, and our new investment Law Nº 116/2013, as well as the insolvency and creditors rights draft law (ICR) that intends to provide an exit for companies to go into liquidation and establish a commercial court.

On the other hand, Kuwait has completed the first medium-term development plan and is preparing for the upcoming development plan, which will address any encountered impediments and focus on fostering the economic growth and diversifications objectives, with support of the local private sector. The new plan is expected to offer a multi-billion-dollar investment expenditure to be spent on megaprojects in various sectors like transportation, energy, infrastructure, integrated housing projects, health care, education, environmental services, renewable energy sources, financial services, logistics, media, and ICT [information and communications technology].

The new direct investment law passed on June 16, 2013, transferred all funds, assets, obligations, and rights of the Kuwait Foreign Investment Bureau (KFIB) to the KDIPA. The legislation regulates direct investment in a more updated and comprehensive manner. However, many of the previous obstacles to attracting investment remain. What are three core improvements over the KFIB that the KDIPA will represent?

The new investment Law Nº 116/2013, which repealed Law Nº 8/2001, has brought in several favorable additions to improve the overall legal and regulatory environment in Kuwait. I believe the three most important improvements brought about by it are the establishment of a multidisciplinary separate public authority (KDIPA), as compared to being a division with a ministry (KFIB); mandating the KDIPA with broader tasks in addition to promoting Kuwait as an attractive direct investment location targeting both foreign and local investors; and supporting the opening of an administrative unit within the KDIPA, namely a “one-stop shop” to facilitate and speed up procedures in collaboration with concerned government entities.

There is a general perception that Kuwait does not need investment as capital more than abounds. What are your thoughts on this?

This perception is justified, as Kuwait is actually a rich-capital country designated among the high-income-per-capita group of countries. However, Kuwait still needs FDI [foreign direct investment] to attract renowned global corporations to the country to bring and establish their technology, as well as their modern managerial, administrative, and marketing systems. These will enhance our country’s technological capabilities and help create viable linkages with its global value chains spread across international markets through successful partnerships and joint ventures established with the local private sector. The ultimate goal of this will be conducive to diversifying the productive economic base and ensuring sustainable growth, as well as broadening the jobs pool and the capacity-building opportunities for Kuwaitis.

What new incentives are being drafted to attract multinationals to invest in Kuwait?

Under our new investment Law Nº 116/2013, all the incentives and guarantees offered under Law Nº 8/2001 have been maintained. Investors will continue to benefit from income-tax exemptions for a maximum period of ten years; customs exemptions for the importation of raw materials, machinery, equipment, and spare parts; the employment of foreign labor and allocations of land and real estate in accordance with local laws; and all international conventions enforced in the country related to investments and the avoidance of double taxation. However, the new law has expanded the scope of applicability of these incentives to include public-private partnership (PPP) projects established under Law Nº 7/2008 and the privatization projects established under Law Nº 37/2010.

What is the strategy to boost Kuwait’s standing in the ease of doing business rankings?

The KDIPA, under Law Nº 116/2013, and in order to ensure the encouragement of direct investment in the country, has been assigned the task of coordinating with all relevant and competent authorities to simplify and facilitate the procedures and services required to improve and streamline the investment environment in Kuwait and enhance its competitive position on the basis of international standards to achieve higher economic growth and the country’s economic and social objectives. In this regard, the Council of Ministers issued a decision on December 18, 2013, to establish a permanent committee for streamlining the business environment in Kuwait headed by the KDIPA, with membership initially of the ministries of commerce and industry, justice, and electricity and water, as well as Kuwait Municipality. The committee will be coordinating and supervising the efforts to improve Kuwait providing business rankings through proper collaboration with local concerned stakeholders and with the World Bank team. We hope positive outcomes will be attained based on actual steps on the ground and in accordance with an adopted practical implementation roadmap.

What is the KDIPA’s plan to increase attractiveness of economic zones?

The KDIPA has taken charge of the KFIB project to conduct a feasibility study and master plan for the three designated economic zones contracted to an international consulting firm. These zones will be developed to contribute to the objectives of the development plan, particularly encouraging investment in the drivers of economic diversification, creating conditions and incentives that stimulate private-sector growth, increasing Kuwait’s commercial and financial outreach in the region and internationally, and creating jobs and training opportunities for the local workforce.

These economic zones ultimately aspire to create the optimal foundation to develop new areas of specialization within Kuwait to enhance its competitive advantage, creating added-value clusters and differentiating Kuwait from other countries in the region.

Within the GCC (Gulf Cooperation Council), the ease of doing business, along with heavy promotion, has driven investors to the UAE, Qatar, and Bahrain (prior to the Arab Spring)—and even Saudi Arabia due to the appeal of tapping into the region’s largest consumer market.

What are your personal key selling points when pitching Kuwait to the international community?

Kuwait has taken several positive strides to make it a world-class commercial and financial regional hub for local and foreign companies to do business in Kuwait, improving Kuwait’s overall investment climate and fostering its competitiveness. This is showcased by the passing of several new economic laws, including the new investment Law Nº 116/2013.