Mr. Al-Kharafi was appointed as vice chairman of Zain on 20 February 2014 and currently holds office as chairman, vice president, and board member of several businesses as part of the Kharafi conglomerate.

He holds a degree in mechanical engineering from Kuwait University and has an exceptional track record in spearheading crucial business development as well as consultancy operations for major firms and social institutions.

Outside the Kharafi Group, Mr. Al-Kharafi is general manager of Al-Khair National for Stocks and Real Estate Co, member of the board of the Refreshment Trading Company (CocaCola), and vicechairman of UNIEXPO, Kuwait.

He is also a member of the board of INJAZ, Kuwait, and of the industrial advisory board for the Mechanical Engineering Department at Kuwait University.

Mr. Al-Kharafi was awarded Best Young Investor in the Middle East by the Ministry for Commerce and Industries in Jordan in 2005. 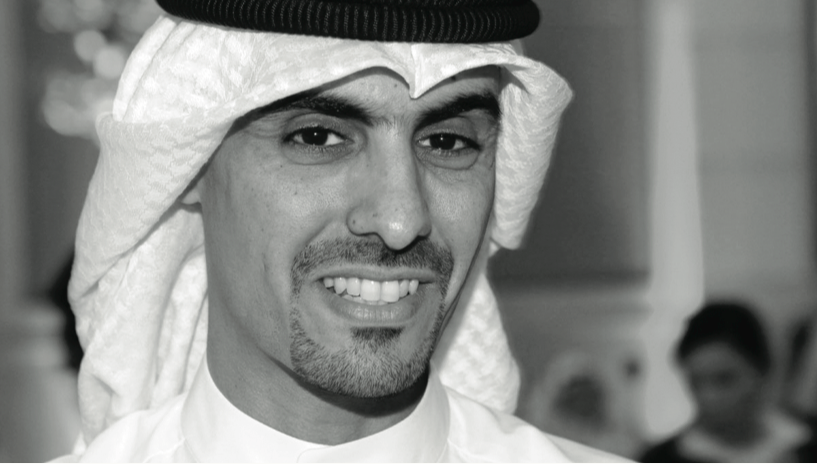 Kuwait’s private sector and the potential for inward development

Do you think the low price of oil and the fact that analysts suggest it is here to stay will finally change the perception Kuwait has of its private sector and the potential for inward development?

The Kuwaiti government and eminent visionaries have already undertaken a number of initiatives to diversify the Kuwaiti economy and reduce its reliance on oil. With this very intention, the state of Kuwait set up and entrusted the Kuwait Investment Authority (KIA), its sovereign wealth fund, with the management of the General Reserve Fund (GRF) and the assets of the Future Generations Fund (FGF), which have been largely funded using the oil surpluses garnered over the last few decades. It further set up a branch office – Kuwait Investment Office (KIO) – in the city of London in 1953. A number of non-oil sectors are noticing increased activity. For instance, the government of Kuwait has demonstrated an intent to focus on tourism with the goal of welcoming one million tourists under the five-year plan.

Kuwaiti entrepreneurs are well respected and supported by the Kuwaiti government and also by eminent nongovernmental organizations like Injaz of which I take immense pride being its vice chairman. Kuwaiti businesses primarily comprise trading establishments and as such the culture of entrepreneurship has prevailed for the last few decades with a lot of institutionalized family businesses and empires having emerged out of the vision and efforts of individual entrepreneurs. The Kuwaiti government is striving to focus on non-oil-based sectors. The entrepreneurs who set up their own businesses and help in generating employment and diversifying from traditional oil-based businesses are considered immensely crucial to the Kuwaiti economy and are admired for their persistence, courage, and determination. Banks provide a number of effective financing tools and some also provide subsidized long-term financing for industrial projects.

Through its training department, the KIA provides a number of programs to budding Kuwaiti entrepreneurs, including the Fresh Graduate Training Programme, an eleven-month program focused on developing financial-market skills; the Kuwait Automotive Academy, training Kuwaitis on the latest technologies in the automotive sector; and the MBA [master of business administration] scholarships program, providing twenty academic scholarships per year to Kuwaitis seeking to obtain their MBAs from top-ranked international universities. These initiatives have supported the development of Kuwaiti youth and their business skills and inculcated the spirit of entrepreneurship.

How can the Kuwaiti private sector gain more strength in the local economy? Is privatization the way forward?

As in any developed economy, the way forward to sustain and manage the growth achieved by the public sector is to privatize businesses and create efficiencies, enhance scale and profitability, and spur healthy competition. It also leads to improved quality and service capabilities as has been historically evident from the privatization of businesses like British Airways and British Telecom. The Kuwaiti government has realized this and is taking concrete measures in this regard through tendering a number of recent projects of national interest to private players and also through enhancements in the build-operate-transfer laws.

The Kuwaiti private sector will gain traction once the government increases infrastructure spending under the national development plan. It would also be helpful for the government to set up an infrastructure and national-projects financing plan under which an autonomous financing institution provides flexible long-term financing for private-sector projects in areas of economic interest, such as retail, health care, services, food, and technology. This will empower the private sector to undertake large-scale projects since the feasibility of such projects significantly improves with the long-term funding under the said plan.

What role does the UK play in regards to this proposed transformation of the Kuwait economy through a higher participation of the private sector?

The UK is already playing a significant role in Kuwait’s transformation considering the presence of number of UK-based companies and products in Kuwait’s economy from retail companies like Mothercare and Jack Wills to banking with the presence of key financial institutions of British origin like HSBC. Going forward, with important projects entrusted to the private sector, the UK can be of immense help in the transfer of technology, effective governance and best practices, bilateral trade opportunities, and investing and partnering with Kuwaiti enterprises to create significant value.

What is in your view the biggest obstacle to developing the youth at this moment in time in Kuwait? Considering your active involvement with Injaz, what should be done in order to bring down these obstacles?

I believe the Kuwaiti youth are already well positioned to capture the numerous business opportunities that exist in the markets today; Kuwait has a significant presence of private-sector organizations in the banking, retail, construction, food, and hospitality sectors. The participation of private-sector enterprises in health care, education, technology, and services is growing. This provides extremely essential on-the-job training and experience to the Kuwaiti youth to eventually develop as entrepreneurs and then create and lead new businesses. What would certainly help is the presence of dedicated specialized institutions in medicine, engineering, finance, and technology that provide an effective blend of academics and practical trainings to empower the youth with the respective skill sets; today a significant number of youth are not able to secure admission into overseas specialized institutions, which hinders or delays their abilities to become equipped with know-how and create and grow their businesses. Bringing these institutions to Kuwait or creating a knowledge village in Kuwait will most certainly shape the future of the Kuwaiti youth.

What should be done regarding education? Obviously the country has several issues in this field. What policies do you think should be undertaken to drive Kuwaitis into business?

Kuwait has an excellent K-12 education system with a mix of various curricula including the British and American; however, the cost of education in the private sector can still be reduced by increasing the scale. There is still a need for specialized educational institutions and colleges offering postgraduate specializations in management, engineering, medicine, and administrative services, among others, which is of key essence for the development of entrepreneurial traits and capabilities. The government needs to further incentivize the Kuwaiti youth to set up businesses and expand trade within and outside of Kuwait, with access to know-how and finance through a dedicated autonomous body to be set up in Kuwait sponsored by the government. This body will provide the infrastructure, logistics, guarantees, and incentives to facilitate trade, similar to special economic or trade zones created elsewhere in the world. Autonomous bodies should also be launched to establish industrial parks where facilities and infrastructure are made available for manufacturing of a number of indigenous products like automobiles, engineering spares, construction equipment, medical equipment, pharmaceuticals, etc., which can provide numerous business opportunities locally to the Kuwaiti youth.

The government set up the SME fund in order to boost small enterprises in Kuwait. How do you evaluate this initiative? What else should they be looking into?

This is indeed a remarkable initiative and emphasizes the government’s keenness to promote the development of the Kuwaiti youth and the private sector. This initiative will provide a much-needed thrust and impetus to the SME sector. It will also encourage a number of additional Kuwaitis to set up their own business shops who were earlier reluctant because of non availability of seed capital or availability at high interest rates, thereby limiting business feasibility. This is one of the many steps that we expect the government to announce in due course to support the growth and well-being of the Kuwaiti youth. As I mentioned earlier, it will be of immense help to see dedicated business and industrial parks set up in Kuwait with supporting infrastructure that can further boost the productivity and profitability of the industrial and manufacturing sectors.

Some Kuwaiti traditional families (of which you are a key player) have become international players with participation in companies operating globally. What would you say is the potential for them to start operating at home in the same volume as they do abroad?

The Kuwaiti families primarily focused on global investment and operations due to the uncertainties that prevailed from the 1990s to the early 2000s. However, with the political situation settling down after the Iraq War, we have seen a number of businesses investing domestically into existing and new business in a number of sectors including retail, FMCG [fast-moving consumer goods], finance and banking, and hospitality and leisure, among others. There is tremendous potential for further domestic investments with the current supportive government regime and policies, and growth reforms initiated to spur economic development with increased transparency and efficiencies.

What would you say are the key sectors that could be capitalized on in Kuwait? We have seen your conviction of Kuwait’s potential in terms of regional tourism. Do you think this is the way forward taking into account the existing shopping and hotel infrastructure? Would this contribute to “opening” Kuwait a bit more?

The most promising sectors in Kuwait, in addition to oil-based industries, are health care, retail, FMCG, banking, industrials, hospitality and leisure, and education. World Travel and Tourism Council predictions put tourist arrivals at 440,000 by 2024—up from 270,000 in 2014—and the government has ploughed $13 billion into infrastructure development, which is accelerating opportunities for Kuwait’s tourism sector. This sector is now undergoing sporadic change with a number of new projects in the pipeline, including a new passenger terminal at Kuwait International Airport, which is being spearheaded by the Kuwait Directorate General of Civil Aviation and scheduled for completion in 2016; the $4.8 billion contract will increase capacity from six million in 2013 to thirteen million by 2016, and up to twenty-five million per annum by 2025, according to the Centre for Aviation (CAPA). In addition to the existing shopping and hospitality infrastructure, the development of the Boubyan and Failaka Islands with a number of annual sporting events focusing on water sports and fishing as a symbol of national tradition can lead to a significant influx of tourists. This will most certainly contribute to the opening of the Kuwait economy and support the government’s initiative to promote Kuwait as a tourism hub.

Your father left an outstanding legacy. A strong, determined man and a great businessman, he positioned the family business not only locally but internationally. What would you say is the most important lesson he left you? And how would you connect it with Kuwait’s future?

With the grace of God, I have indeed been blessed to have been born into the Al-Kharafi family and to have a father who has always encouraged me to achieve my full potential and channel my abilities to successfully accomplish my dreams. My father taught me to grow together with the family and align my goals with the goals of the Emir. This in my opinion is the most important lesson that I have learned from my respected father. I believe this same lesson is applicable to all of my fellow Kuwaiti citizens; we all should stand in unity with H.H. the Emir of Kuwait who has relentlessly worked to ensure the economic development and prosperity of Kuwait and the prosperity of every fellow Kuwaiti citizen.

Thank you very much Mr. Al-Kharafi.